We take a closer look at the adidas Originals NMD R1 Triple White color way. This version of the NMD comes in a mesh upper, unlike the Prime Knit versions we have seen earlier. But these sneakers still retain their sock silhouette, which is evident in the absence of a tongue. I think these kicks are fire!

Let us kick things off with an on-feet video review from my YouTube channel.

I already own the NMD Primeknit City Sock, which I have covered here. 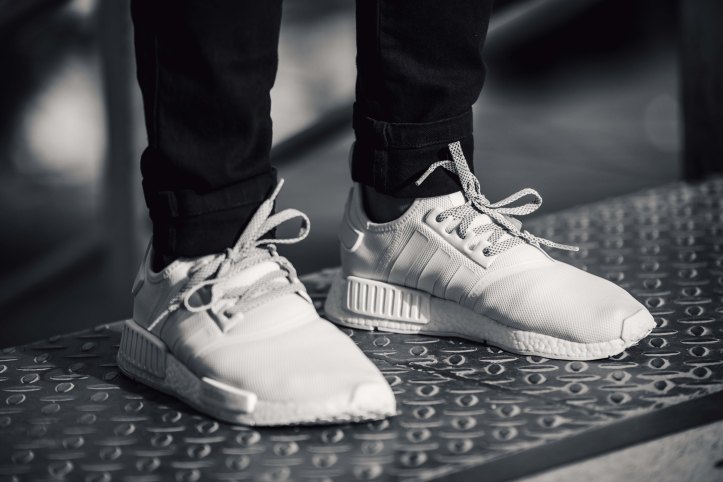 Launched in December 2015, the NMDs have been flying off shelves the world over. The initial drops were pre-booked and sold out before us “regulars” could even get our hands on them for a touch and feel. People have been literally lining up for the NMDs and I guess it has to do with the limited numbers that were pushed out into the public. More recently though, adidas Originals have been coming up with some general releases and that has given people the access to pick up a pair for themselves. 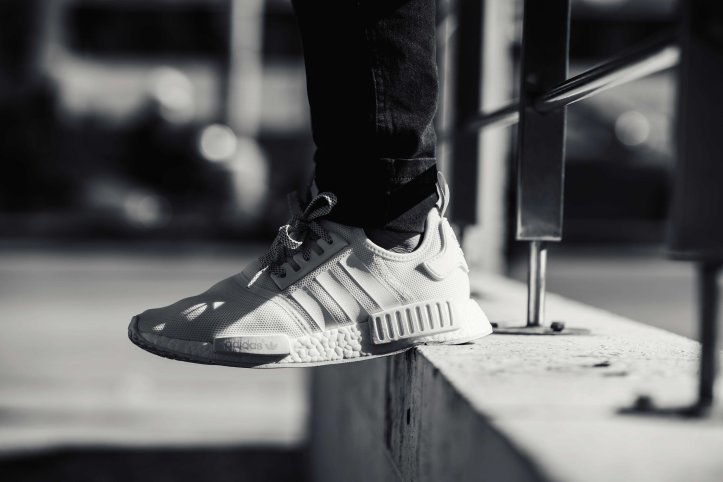 The R1 reflective pack has 3M detailing on the laces which, as the name suggests, reflect when you flash some light on them.

The NMD line is packed with the latest tech, are comfortable as fuck and are the sneakers of the moment. They have been inspired by 3 models of old that adidas used to sell – Micro Pacer, Rising Star and Boston Super. And while not many people know of these kicks, I don’t think it really matters to the general public. Because these kicks are clean, minimal and can hold their own in the highly competitive footwear space right now.

And it should NOT come as a surprise considering every single pair that adidas has endowed with the Boost tech has garnered wide spread love and acclaim amongst the community. Like in the case of the Ultra Boost of adidas Running.

I would recommend going true to size on these sneakers. The fit is snug, yes, but going up a size would leave you a lot of space in the heel area. Unless you have the option of going up half a size. Unlike the Primeknit version, these don’t have a lot of stretch and as you would be aware the NMD tapers up front. 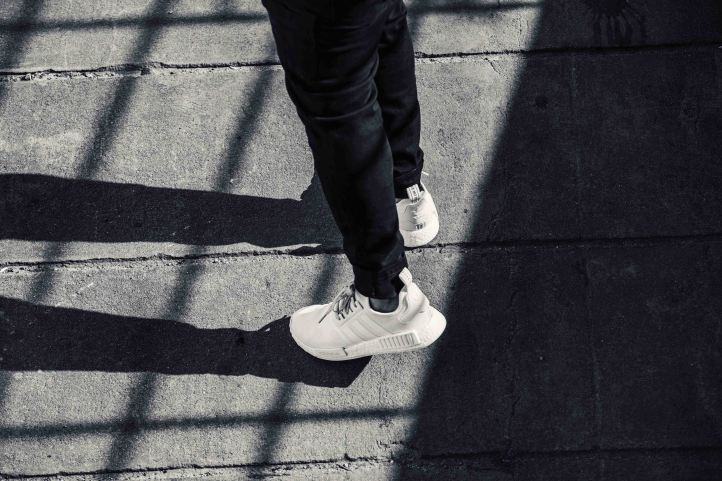 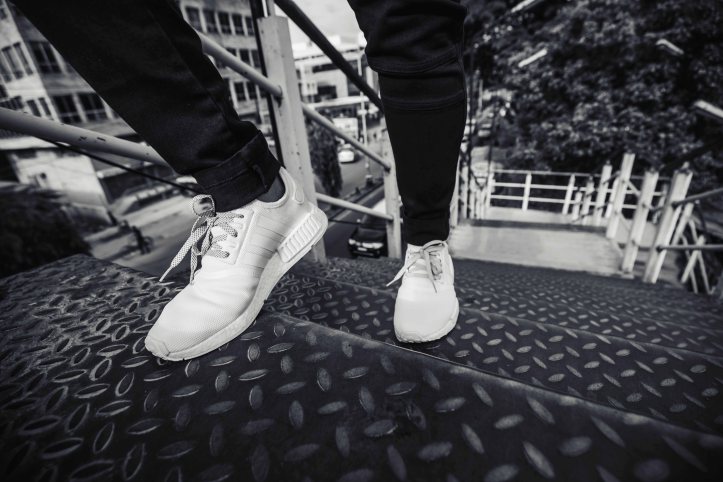 For this look, I opted to wear all black. Because these sneaker should be allowed to pop and it would be a crime to team it with anything other than black (or white)!

During my trip to Vietnam, last month, I chanced upon 2 street wear brands that I fell in love with. I discovered them before I could get there, fortunately. I picked up a couple of key pieces from them and I think they come together rather well in this look.

The long sleeve oversized tee is by Have Fun With The Homies, and the cargo stretch denims by 5THEWAY. I was pretty amazed with the fashion scene in Vietnam. The people there are big on street wear brands and HFWTH as well as 5TW are right up there with the likes of Thrasher! There was this coffee shop called SNOB which, from whatever little I saw, had a steady clientele of sneaker heads and street wear aficionados. I even saw a bunch of folks with Palace hoodies. And right amongst them, HFWTH and 5TW!

I must admit though, I found it hard to shop my size in Vietnam. Everything I got from there were XL and oversized. But as you can see, they fit me like they are slim in construction. Haha, more reason to stay on the squat rack! 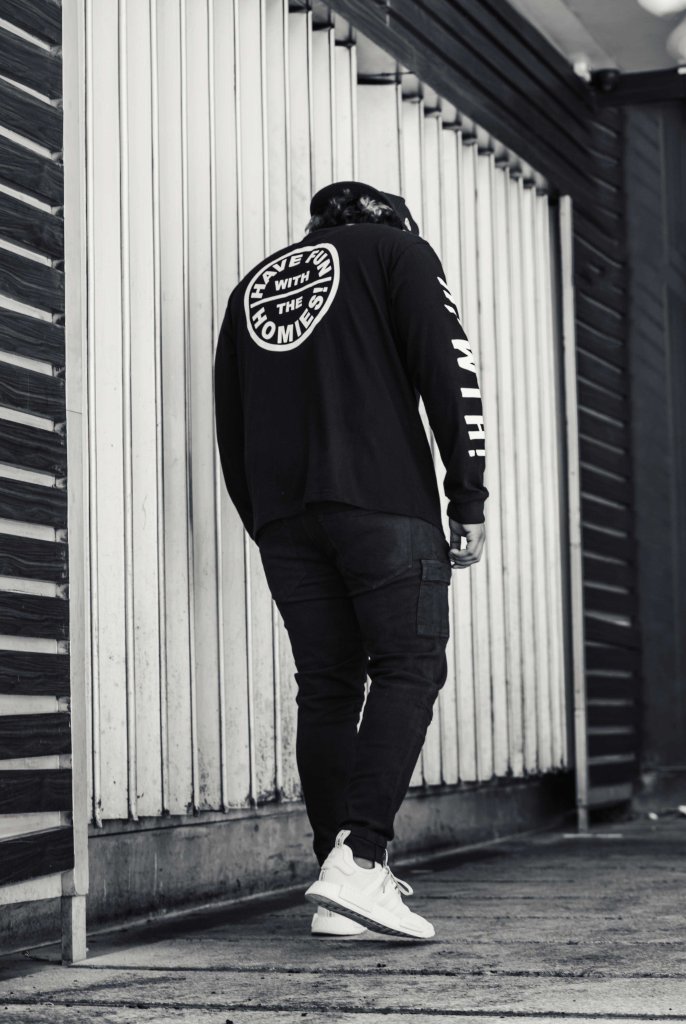 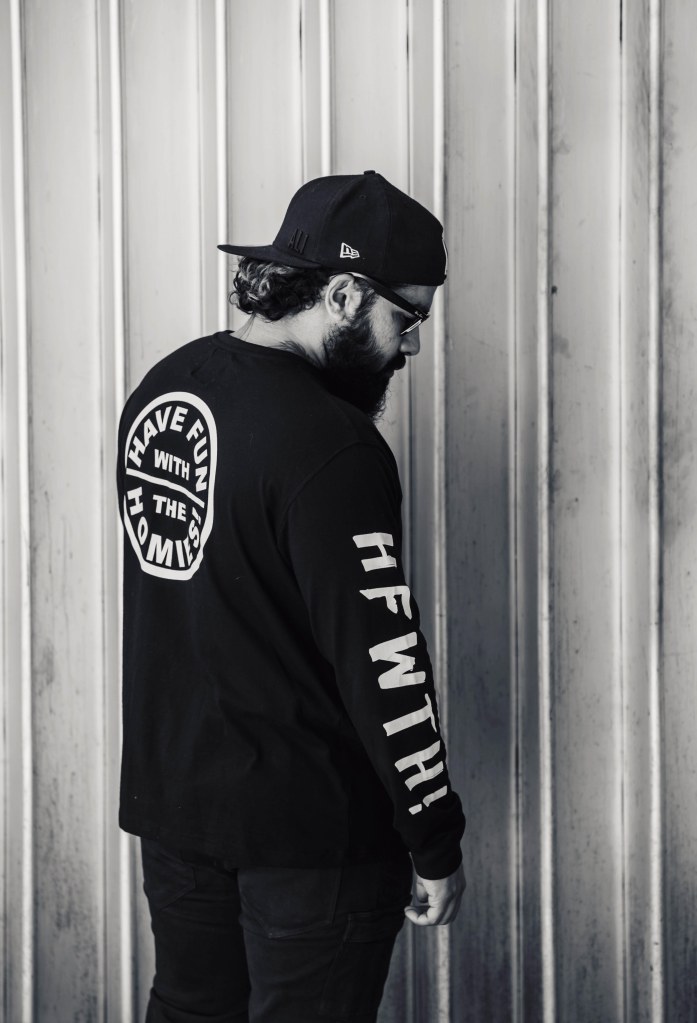 This post was shot in Black and White because there was no reason to shoot in color for once! 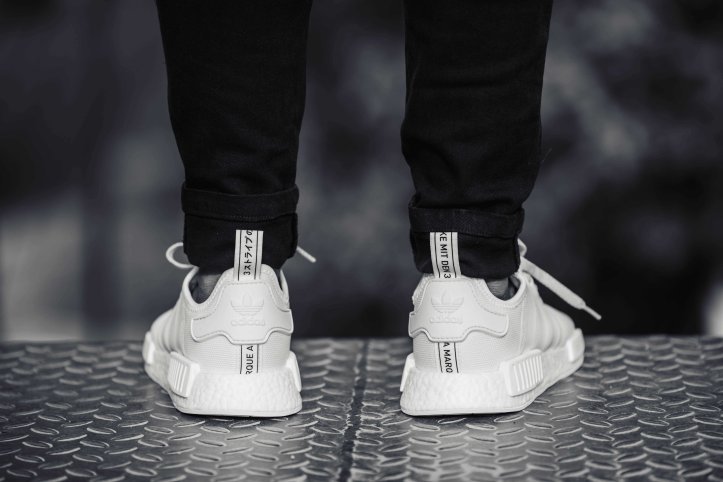