I got an early pair of the Jordan 3 Black Cements (with the Nike Air on the heel) but as per usual got late with the video and eventually this post. Take a closer look, see how I styled it and let me know if you managed to cop a pair. If you haven’t yet, do you intend to pick up a pair considering it is a general release and are available to buy off shelves.

Kick things off with this unboxing video from my YouTube Channel

Gotta be honest, I panicked at first too. Thinking this would be a limited release, when Nike teased a pre-launch drop on their website I copped a pair by going down a half size. I regret it, even now, an entire week after I got them in my hands. Been wearing them every single day since though, so I can break them in. Go true to size with these, if you intend to pick a pair. These kicks are comfortable though. Have done a fair bit of walking (looking for a house to lease since I moved cities) and also every single day to work on my new job.

My first cop of 2018, I expected a lot more from this sneaker considering the price point. They are durable for sure, because with all the beating I have put them through in the 7 days I have worn them there are absolutely no signs of wear. A bit of wiping with Jason Markk and they look as good as new. My complaints with the pair is that the leather is tumbled but nowhere close to the quality as the Jordan 1 Bred or Jordan 1 Royal.

The Air Jordan 3 has a good back-story to it. It’s the first Jordan designed by Tinker Hatfield, also the first to have a visible AIR unit. And of course the first sneaker to get the Jumpman logo. Inspired by the Air Jordan 1 and 2, the third model was the first mid-top Jordan in the series. If this doesn’t make you get a pair, I don’t know what will.

What do you think of the Air Jordan 3 Black Cements? Is it worth the sticker price? Did Nike do the right thing by ensuring there were enough pairs in the market for all to cop a pair? Let us know in the comments. 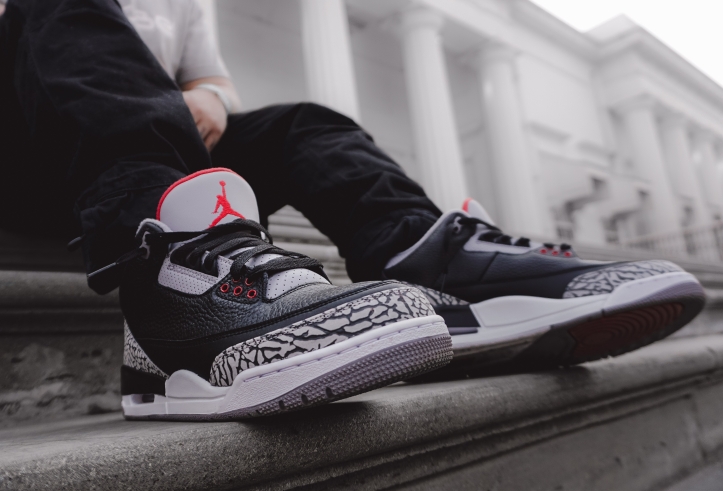 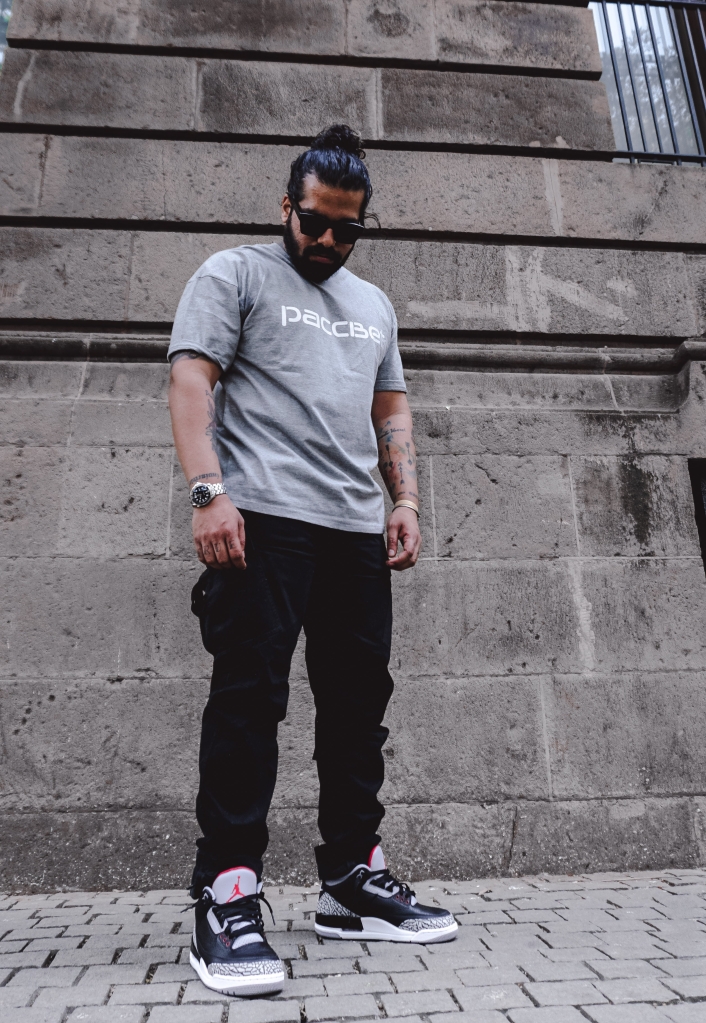 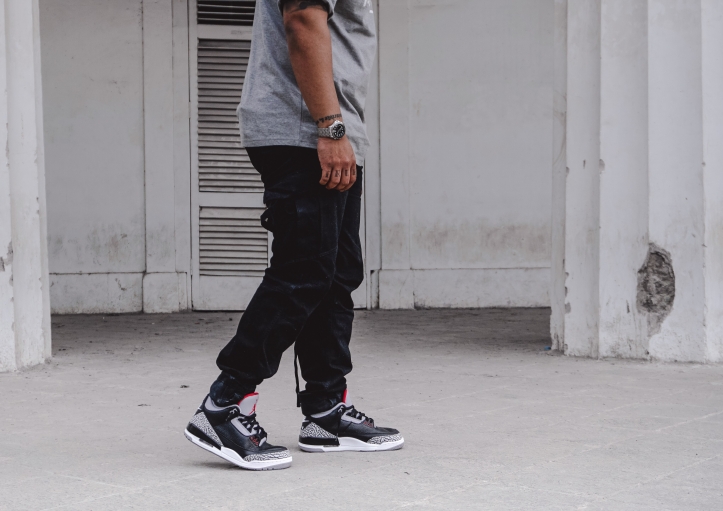 Shot by Abhishek for Bowties and Bones