I have owned the adidas Originals Tubular Runner in Neoprene for about 6 months now. I never got around to posting it on social media which I think is quite an opportunity lost. Because these shoes are pretty amazing and I love the way they are built and to walk in them is perhaps the most comfortable I have experienced in my short time with sneakers.

And then there is the minimal design and monochrome color which I absolutely love because it makes it that much easier to team it with outfits. You can go all monochrome or go pop coloured with these kicks bringing in sanity to your look!

Although I forgot to write about the shoe, I did release a review video of the kicks :

When rummaging through some images from a music festival I attended late last year, I stumbled upon these. We shot this when we did the video, it was impromptu. Did the job I thought. But then again, I was one too many rum and cokes down at 11 in the morning. And we just goofed around taking a look at this pair of supremely comfy sneakers. They were fresh out the box and I hadn’t worn them once. I guess it was on Day 2 that I slipped these on and then wore it for the rest of the days while I was there for the music festival.

Speaking of the music festival, here is a video of us going out and doing a lot of walking. An extended version of this sneaker review video. 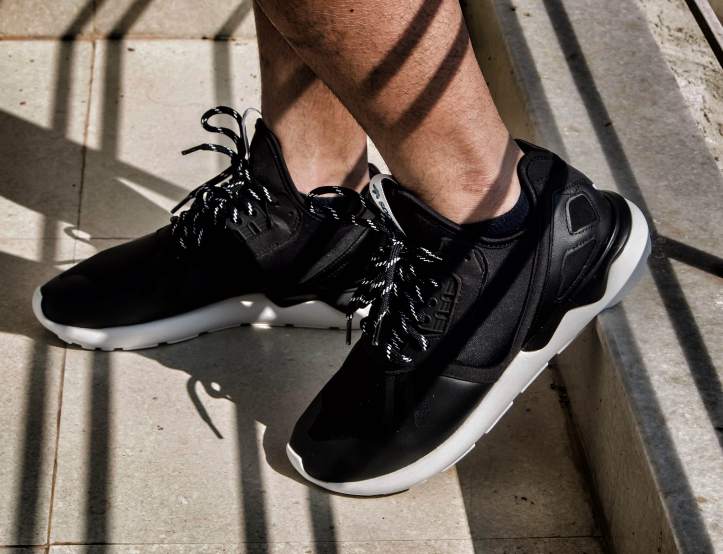 The Tubular, ever since I slipped on my first pair, have evoked only the fondest emotions in me. It was a simple, clean and minimalist sneaker that somehow managed to look super rad and cool! I know, those are terms from the 80’s, but try and focus on the subject will you?

The upper is made of neoprene, a first for me because all my other kicks were either canvas, leather or nylon. The neoprene fabric (or is that material) was coming into it’s own in the fashion and athleisure universe and was well timed in this sneaker. The neoprene sock (which eventually went on to become a trend with the likes of Yeezy and NMD) is suspended over the outsole that has it’s origins in tyre tubes, which is why the name – Tubular.

The heel is kept in place by the now-iconic ZX stabiliser. I have said this before, in my post where I talk about the Tubular Doom, this sneaker borrows cues from the Y3 Qasa as well! The result, is pretty nice indeed. A classic sneaker revived with modern sensibilities. As for us, we can only hope adidas revives the Tubular in the realest sense. If you know, what I am talking about. The only mess up with these sneakers is driving or trying to stub a cigarette. Because the sole is hollow in between and you are really walking on the outer walls of it. There are possibilities of the accelerator/clutch/brake getting stuck when you are driving. It takes getting used to and I wouldn’t recommend you practice unless you know how to drive well.

Shot by Kapil Shingada, edited by Bowties and Bones.

Here’s some Lucky Green for your Monday! 🍀 #MJMondays
So you’re an Ice Cube fan? Name 3 drinks that have Ice Cubes! 🤨
Always keeping my outfits timeless, and classic 🌱
Fresh Pedicure 💅🏼
Late-morning coffee-run ☕️
When nobody takes an outfit shot for you, so you make do with a selfie 🤳
Told her I wanna eat out, but she took me to dinner 😩
Swapped out the laces on the Coast Dunks for these Cream ones. Better now, or nah?
The only Heist I’m involved with these days, is with my refrigerator!
Follow bowties and bones on WordPress.com