Sadaam Hussain is as far removed from the namesake dictator, as a haircut is from a WMD. This chap, although nervous at first, smiles through the interview. Through the smile, I see the confidence that helped him land this job at the oldest barbershop in the world – Truefitt & Hill. Established in 1805, this barbershop has maintained the manes of quite a few important people – Frank Sinatra, Winston Churchill and the British Royal Family.

Right about now, you might be getting to the point of wondering “So what?!”

Allow me to elaborate.

Sadaam is from this tiny district in India called Bijnor, situated at the foot of the Himalayas. He funded his education at a school by cutting hair at one of those local barber shops that charged you 80 cents for a cut. Not knowing a word in English, he moved to Mumbai because the land of opportunities drew him in. He worked at a local “salon” that his friend placed him in, looking at his slight of hand.

Fast forward to 4 years later. Truefitt & Hill start scouting for talent and Sadaam hears about it through a friend. He promptly applies. To snag the job, he was made to give one of the existing staff a haircut and was observed closely by the trainers and senior barbers from UK. Sadaam managed to impress.

After going through 1 month of rigorous training from the Senior Barbers from UK, Sadaam now works a 9 hour shift, has a professionally certified skill and has learned from among the best in the business. He gets to earn incentives over his fixed pay component, has a progress chart and learning curve ahead of him. 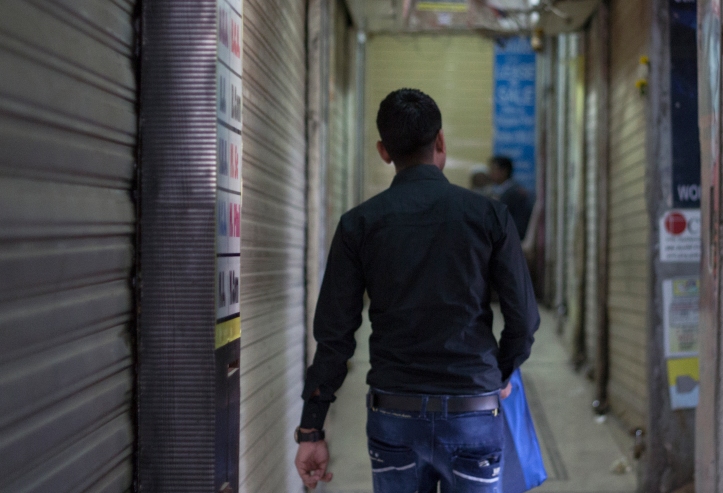 On a side note, I noticed the socks that Sadaam wore that day were printed. Not a boring monotone one. That spoke volumes about his commitment at being presentable. Turns out, he flips through fashion magazines in his spare time to add quirky bits to his uniform. That truly is laudable. When I walked in to Truefitt & Hill, I was mighty impressed with the set up, the customer service at the front desk, the waiting area. The works. The haircut Sadaam gave me, in the Royal suite was an experience I would strongly recommend to every man.

It began with the barber assessing my hair growth pattern and style preferences. He then washed my hair and towel dried it before commencing the cut. After the cut, there was a relaxing head massage and I did all I could, to not fall asleep. Sadaam then rinsed and shampooed my hair again. After towel drying it, he used some of Truefitt & Hill’s styling products to set my hair. I felt like a King! And it wasn’t a bad feeling at all, I must add. How often do we men, take the time to spoil ourselves? Once a month, is the least acceptable frequency we deserve. 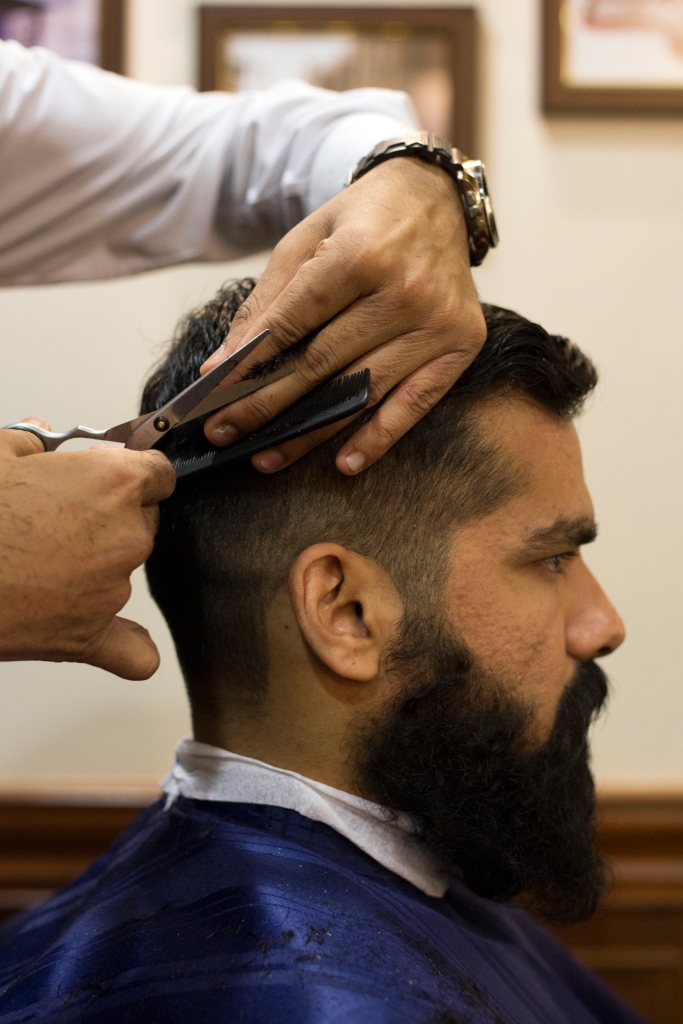 But above it all, above all the fancy elements, what really stood out was what Truefitt & Hill is doing in it’s own little way to enable folks like Sadaam. And that, is what is enriching and refreshing to say the least. Dare I say, like the 20 minute head massage at the end of the haircut. When it was time for me to take a break from Bombay, and go exploring, I chose the TUMI | Razer 4 wheeled carry-on to perfect my journey.
Can you identify this pair? 😏 Drop the name you guessed. No cheating!
Holidays in the mountain, with @reebokindia
The only “Travis” thing I have is this tee. And even that is Unauthorized 😅
Summer Sneaker Rotation!
Mouth-breather 😮‍💨
The last fit pic at Savitri Plot 593 🍂
The last of #MJMondays in Bombay, for a while 🏀
I hear @travisscott is cool again 🌵
Follow bowties and bones on WordPress.com