A quick close-up and on-feet video to begin things, first.

A friend of mine, Sahil Wason who shared the love for Brogues with me, showed me an image of a pair of shoes that I thought was unique straight off the bat back in 2012. It was a proper brogue/oxford upper with a sneaker like sole. It was nothing like anything I had seen before. The shoe brand was Cole Haan. And I will be entirely honest. Being in a corporate job at the time, I did not see me wearing them. The LunarGrand was just too funky for my utility and I was risk averse. I just could not bring myself to pull the trigger. However, my qualms were evidently misplaced. The way the shoes flew out of shelves across the world was proof enough of how well this unique combination did.

Cole Haan is a 90 year old shoe brand and was owned by Nike for about 20 of those years. Which is why you see influences of the Lunarlon sole in some of their shoes. 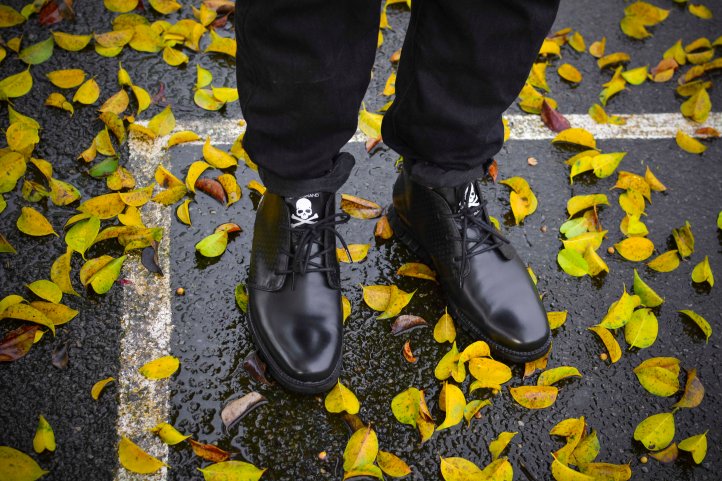 Cole Haan entered the Indian market earlier this year with a store in Delhi and Bangalore each with another scheduled to open in Bombay pretty soon. They chose to make an entry with their ZeroGrand collection.  This line is ridiculously lightweight! Every pair weighs under 290 gms! A result of using modern tech and components to construct a shoe that weighs next to nothing. They look heavy, which is why when you pick them up in your hand you are taken aback. Quite pleasantly, if I may add. There is this pair in particular which uses hyperfuse to layer the upper and laser to brogue it. It all comes together with just a single stitch at the heel!

The shoes are at home on the feet of folks who work in environments that are casual or fashion-forward. You still wouldn’t wear it to a board room. However, that doesn’t take away from the fact that the leather is supple, the shoe itself is impossibly lightweight and the sole is remarkably flexible. Perhaps for dress-down Fridays then.

Which only leaves you with the question – How do they feel on feet?

There is just one answer to that question – Unbelievably comfy! The sole has increased articulation and flexibility, the cushioning is brilliant. Coupled with it’s light weight construction, you look on-point and preppy while your feet feel like they are in your favourite pair of joggers!

Besides, you never know when we could be faced with a zombie apocalypse. In which case, running in these would be easy breezy!

Highly recommended. I would highly recommend you walk-in to an exclusive Cole Haan store and pick up your shoes because the range is pretty exhaustive. However, if you don’t have one in your city, you can also shop online at nnnow.com

Shot by Jagath Venkat for Bowties and Bones

Japanese label Mastermind, established by designer Masaaki Homma in 1997 has built a legit high-end brand using just the skull and bones motif. Here is a bit of interesting trivia, Homma comes with 8 years of work experience with non other than the formidable Yohji Yamamoto.

The shoe I picked is a blend of Punk and Classic aesthetics, bringing the best of both brands together. And while these Mastermind collab shoes were limited to stores in Japan only, Cole Haan did a biggie by getting these to Indian shores.

Here’s some Lucky Green for your Monday! 🍀 #MJMondays
So you’re an Ice Cube fan? Name 3 drinks that have Ice Cubes! 🤨
Always keeping my outfits timeless, and classic 🌱
Fresh Pedicure 💅🏼
Late-morning coffee-run ☕️
When nobody takes an outfit shot for you, so you make do with a selfie 🤳
Told her I wanna eat out, but she took me to dinner 😩
Swapped out the laces on the Coast Dunks for these Cream ones. Better now, or nah?
The only Heist I’m involved with these days, is with my refrigerator!
Follow bowties and bones on WordPress.com